Victory for Olds in Halden on the 350 Criterium

Victory for Olds in Halden on the 350 Criterium 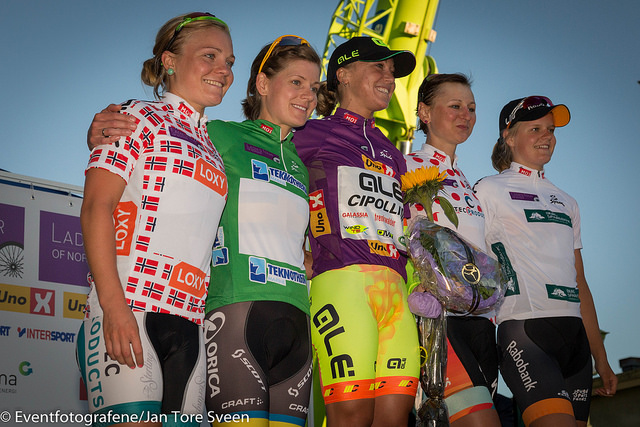 It was high speed and attacking racing during the criterium race Friday night. After a couple of minutes, four riders were able to open a gap to the peloton. With Rabo-LIV, Orica, Cipollini and Boels all represented in the break, no one took the responsibility to take control in the peloton. The break with Emma Johansson, Shelley Olds, Katarzyna Pawlowska (Boels) and Jeanne Korevaar (Rabo-Liv) were working well together, and they got soon a lead near one minute to the field. They never slowed down and could in the end sprint for the victory.

–  I love criterium racing. I think I have this kind of mentality. The race was fast and hard, and I’m really happy to finish it off with a victory. Ladies Tour of Norway looks like a challenging race and I hope it will continue with aggressive racing the next days, said the winner Shelley Olds after the race.

Ladies Tour of Norway continues with the first stage in the UCI 2.2 race tomorrow.
The race starts 14.00 with finish approximately around 17.00.