Tour of Scandinavia and UNO-X on the same team

Tour of Scandinavia and UNO-X on the same team

Uno-X will be the general sponsor of the WorldTour cycling race “Tour of Scandinavia – Battle of The North” which will now be one of the world’s largest cycling races for women. The parties have signed a comprehensive agreement for 2022 and 2023, and with an option to extend. 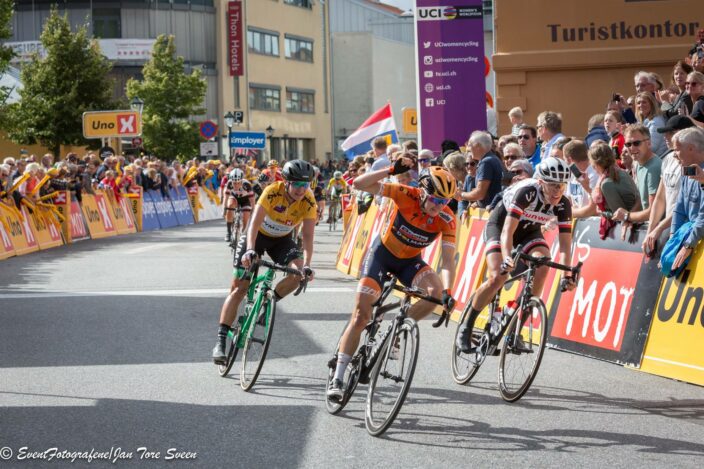 – We are proud of the agreement with “Tour of Scandinavia – Battle of the North”. This will be a huge cycling party and an important step towards a WorldTour calendar for women on the same level as for men. Through our engagements in cycling, we want to inspire to more cycling for severak purposes, it is at the heart of sustainable mobility. This race is an example of equality and sustainability in practice. We are really looking forward to it, says Magne Haugland, Commercial Partnership Manager in Uno-X Pro Cycling Team.

Unique commitment
“Tour of Scandinavia – Battle of the North” has WorldTour-status and will be arranged in Norway, Sweden and Denmark 9 – 14 August this year. Together with Tour de France and Giro Rosa, the Scandinavian race is one of the most prestigious in the women’s cycling world.
The race is arranged as a stage race over 6 days starting in Copenhagen, with the next stage in Sweden before the four final stages are cycled in Østfold and in Eastern Norway in Norway.

-The sponsorship is unique for women’s cycling in Scandinavia and in many ways marks an important milestone in the development of both the Tour of Scandinavia and women’s cycling in general. Uno-X is an innovative and energetic factor in the development of cycling in Scandinavia. Their focus on sustainability and equality are also values that are very similar to our own values, says a satisfied race director Roy Moberg in Ladies Tour of Norway AS, which owns the rights to the Tour of Scandinavia – Battle of The North (BOTN).

10 million viewers
Tour of Scandinavia will have live TV coverage world wide with 2,5 hours of daily TV broadcasting.
In 2021, the forerunner of the race, the Ladies Tour of Norway, had over 10 million unique viewers globally. In Norway, the race is to be broadcast live on TV 2 and Eurosport. As a general sponsor, Uno-X is marketed as the race’s most important partner with extensive profiling before and during the cycling festival, including on the race’s leader jersey.