Unchanged queen stage as the finish

Unchanged queen stage as the finish

If you lose time at the Knardal hill on Saturday, there is a possibility to take it back on Sunday’s final stage.
The organizers are keeping the queens stage from the last years, 156 challenging kilometers crossing between Norway and Sweden several times just south of Halden and Iddefjorden. 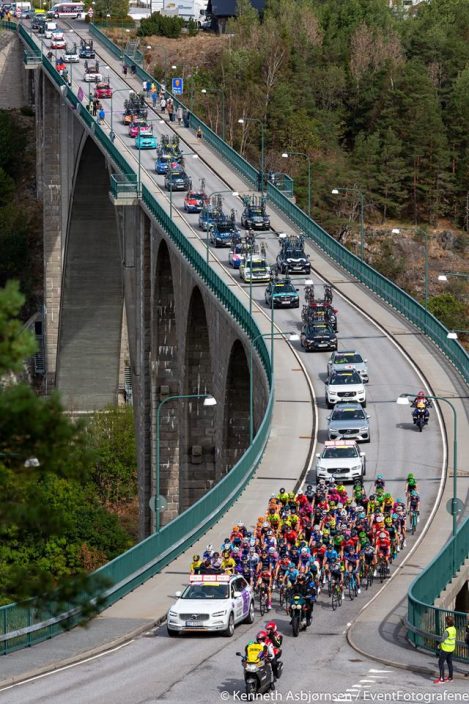 From the start at the old Svinesund bridge, the course will hit the costal city of Strømstad before heading inland and crossing into Norway again after 55,9 km. But it’s just for a short period as the riders will be in Sweden again after 71 km.
Here they will hit the 7 km part with gravel road before they enter Norway for the last time at Kornsjø where they will fight for the special border sprint jersey to the first rider crossing the border here.

After a quick desend to Halden, the riders will hit the 5 km long circuit which will be covered with three full laps. The finish line is the same as last year at the harbour in central Halden.

The first KoM-sprint is in the short hill by Daftø Camping south of Strømstad. Only 400 meters straight ahead with 1 % average climb will not spread the field apart. The second KoM is in Norway after 61,5 km where the climb is 2,2 km with an average of 3,5 %. 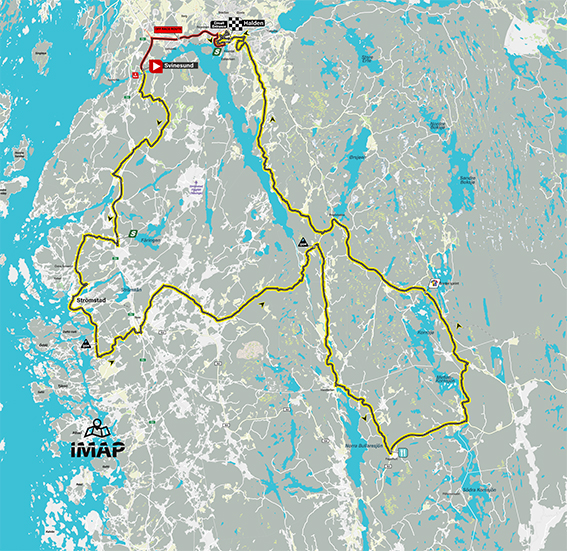 There are two possibilities to get points on the flat sprints this day. The first coming already after 18,9 km before Strømstad. Then the riders have to wait untill the crossing of the finish line at 140,5 km before the next possibility to take points on the green jersey.

The stage is 156,2 km, close to what is allowed for ladies stageraces. And with already three heavy days in their legs, it’s normally a lot of tired riders in Halden this day. It’s not expected that the bunch will come all together to the finish.

But it is expected that the crowd will come out in big numbers. They are normally very good at visiting the final stage of the Ladies Tour of Norway in Halden.