The world’s best ladies to Tour of Scandinavia

The world’s best ladies to Tour of Scandinavia

The first edition of Tour of Scandinavia will have the best startinglist ever for a Scandinavian cycle race for ladies. 13 av 14 World Teams are ready for start and for the organizers it’s also important that there are several local top riders. 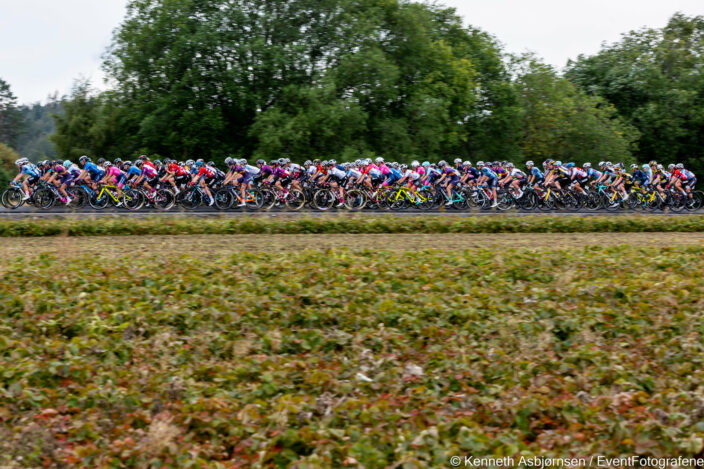 It’s of course not clear which riders the different teams are sending to Scandinavia in August. There will also be added four more wild cards which gives a total of 21 teams with 6 riders each.

There will also be two Norwegian professional teams with the new Uno-X Pro Cycling Team and the well-known Team Coop-Hitec Products. The organizers are also working on getting the Norwegian and the Danish national team to start.

And several of the best Scandinavian female riders are riding for different top teams around the world. The Danish star Cecilie Ludvig Uttrup is in the French squad FDJ together with Sweden’s Emilia Fahlin and Norway’s Stine Borgli.

The Spanish Movistar team has both Danish star Emma Norsgaard and the Norwegian TT-champ Katrine Aalerud while the Norwegian veteran Emilie Moberg is in British Le Col-Wahoo and Denmark’s former World Champion Amalie Dideriksen is new in the American Trek-Segafredo.

Despite who is coming, it will for sure be a lot to look forward to. With all the best teams in the World at start there will be an incredible high level of the first edition of the ladies Battle of the North.

These are the teams ready today (the name of the participating riders will come later):

Movistar Team Women (ESP)
Won the Ladies Tour of Norway 2021 with the Olympic TT-champion Annemiek van Vleuten. The Spanish top team have many cards to play and they have strong Nordic hopes in Katrine Aalerud from Norway and Emma Norsgaard from Denmark. 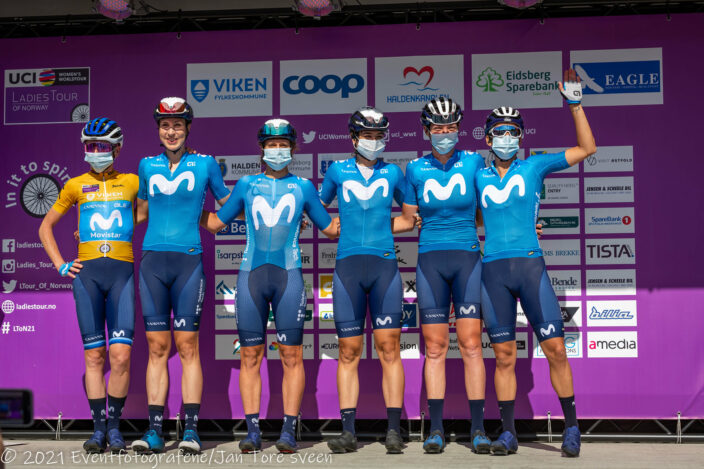 EF Education – TIBCO – SVB (USA)
The American team have a lot of strong riders, but not the biggest stars. Mostly riders from USA, but also from Great Britain, Italy, Germany, Canada and Israel.

Canyon/SRAM Racing (GER)
Another top team with Polish Katarzyna Niewiadoma as one of the best stage races riders in the world. Sprinter Alice Barnes from GB has experience from LToN earlier. American Chloe Dygert is enormous in time trailing and there are other top names like Belarussian Alena Amialiusik, Swiss Elise Chabbey, German Lisa Klein, Italian Soraya Paladin and Australian Sarah Roy.

FDJ Nouvelle – Aquitaine Futuroscope (FRA)
The French team has its own Nordic group with the very strong Cecilie Uttrup Ludwig from Denmark, former World’s fourth Emilia Fahlin from Sweden and Stine Borgli from Norway. They have strong teammates in Grace Brown from Australia, Marta Cavalli from Italy and the French champion from 2019, Jade Wiel. 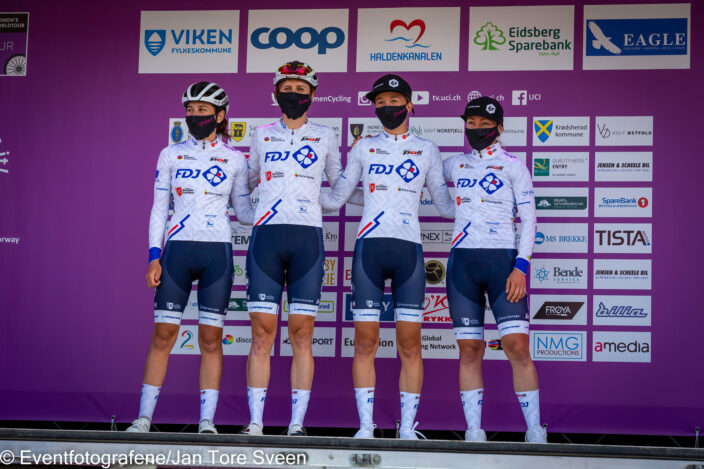 LIV Racing Xstra (HOL)
Several experienced riders in this team. Alison Jackson from Canada was 6th at the Worlds in 2021 and 9th overall at last years Ladies Tour of Norway. Tereza Neumanova is a double champion in the Czech Republic and other strong riders are Eva Buurman, Valerie Demey, Marta Jaskulska, Jeanne Korevaard and Sabrina Stultiens.

Team Bikeexchange – Jayco (AUS)
The Australian team is hoping a lot in home star Amanda Spratt. A new signing is American Kristin Faulkner who surprisingly won the first stage of LToN last year and ended on the overall podium. Georgia Williams is a two times national champion of New Zeeland while Slovenian Urska Zigart is more famous for being the girlfriend of Tour de France-winner Tadej Pogacar.

Team DSM (HOL)
Top sprinter Lorena Wiebes is nearly always a guarantee for a stage win for Team DSM. She won earlier in LToN when she claimed the first stage in Horten in 2019. Other strong names are Canadian Leah Kirchmann, French Juliette Labous, German Liane Lippert and Dutch Floortje Mackaij.

Team Jumbo-Visma (HOL)
The Dutch super team with a Norwegian sponsor (Visma) is mainly built around the big queen of the Ladies Tour of Norway, Marianne Vos. She never seems to be too old for delivering top results. Last she was the World Champion in cyclocross. Promissing Anna Henderson from GB is a big talent worth looking out for. 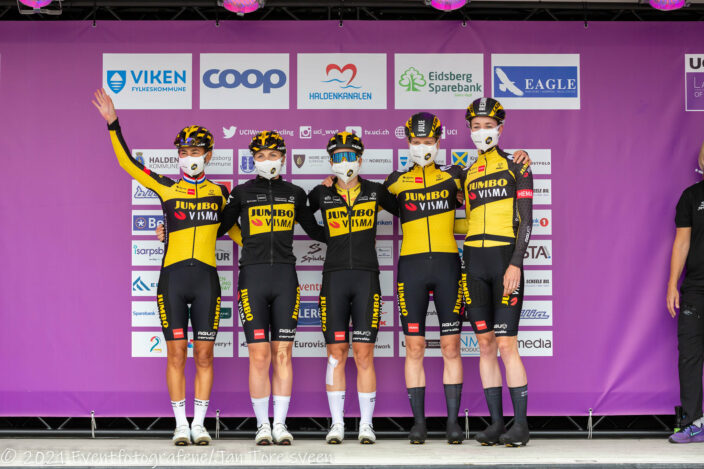 Team SD Worx (HOL)
The former Boels-Dolmans is often called the world’s best women’s team. Anna van der Breggen has resigned and become sports director, but there are still plenty of top names. South African Ashleigh Moolman was No. 2 in LToN last year, Chantal van den Broek-Blaak became world champion in Bergen 2017 and Demi Vollering had a big breakthrough last season. The team has some very interesting new names: Marlen Reusser from Switzerland took Olympic silver at the time trial, and Hungarian Blanka Vas is a talent out of the ordinary. The sprint cannon Lotte Kopecky from Belgium is now also an SD Worx rider.

UAE Team ADQ (SUI)
A new team built of the old ALE Cipollini–BTC Ljubljana-lagene. Sprinter Marta Bastianelli is already on the winners list of this season. She has company in the team from Slovenian champions Eugenia Bujak and Ursa Pinter as well as the former Spanish champion Mavi Garcia and several strong riders.

Uno-X Pro Cycling Team (NOR)
Norway have a new WorldTour team also by the ladies. It’s built of mainly Nordic riders with some international additions like British riders Ellinor Bakrer, Hannah Barnes and Joscelin Lowden. Norwegian talent Susanne Andersen will now probably have her own chances in the sprints. Other Norwegians on the team are Amalie Lutro, Mie Bjørndal Ottestad and the very promising Anne Dorthe Ysland. And also Danish riders Rebecca Kørner and Julie Leth as well as the Swedish talent Wilma Olausson. This will be exciting.

Le Col–Wahoo (GBR)
The Brittish team is by many known as the former DROPS team. Local rider Emilie Moberg from Halden is probably extra motivated for the first ever BtoN. Not as many stars as the big World Teams but always motivated to make a difference when racing in Scandinavia. 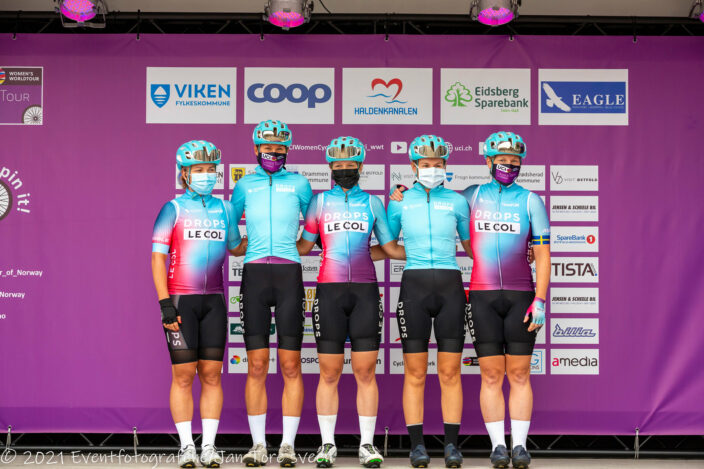 Parkhotel Valkenburg (HOL)
A pur Dutch team with several young, promising riders not so wellknown to the public yet.

Team Coop – Hitec Products (NOR)
The Norwegian team from the area around Stavanger has been in all the editions of the Ladies Tour of Norway. Sprinter Ingvild Gåskjenn is a strong card. Several young Norwegian talents, some from Holland and Swedens Caroline Andersson, GB:s Jessica Roberts and German Christa Riffel are the riders for Team Coop-Hitec Products in 2022. 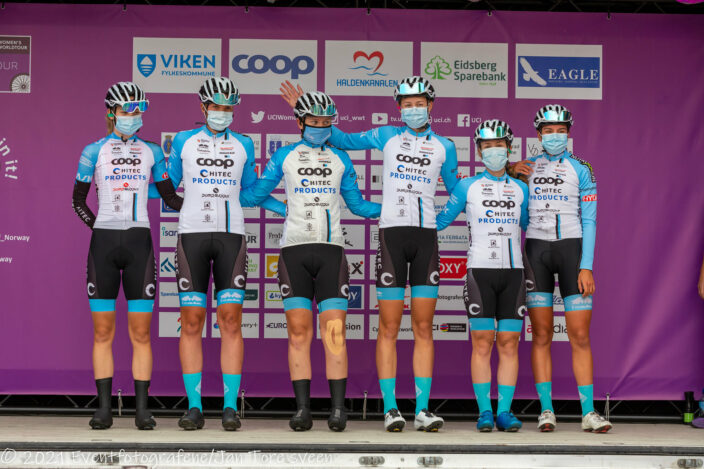