Back in Norway the riders will meet well-known roads from the Ladies Tour of Norway. Stage 3 will mainly take place in roads in the west and south parts of the region Østfold.

The start by the canal in Moss has also been used for the mens Tour of Norway earlier. The stage starts northbound passing Kambo and Son before turning east by Såner church and then further on to Våler in Østfold.

From here they’ll ride on road 115 to Svinndal and then south to Missingmyr in Råde where they again cross highway E6 and continues through the center of Råde and turning southwest to Tomb agricultural school.

Coming to the coast by well-known summer resorts like Saltnes and Onsøy. From Onsøy church again inland till they’ll cross Norway’s largest river Glomma on road 109 between Fredrikstad and Sarpsborg.

The course turns directly north to Grålum and a new crossing of E6 before entering the city of Sarpsborg and the final three laps. A well-known finish line just by the town hall of Sarpsborg, this finish also used in 2021. 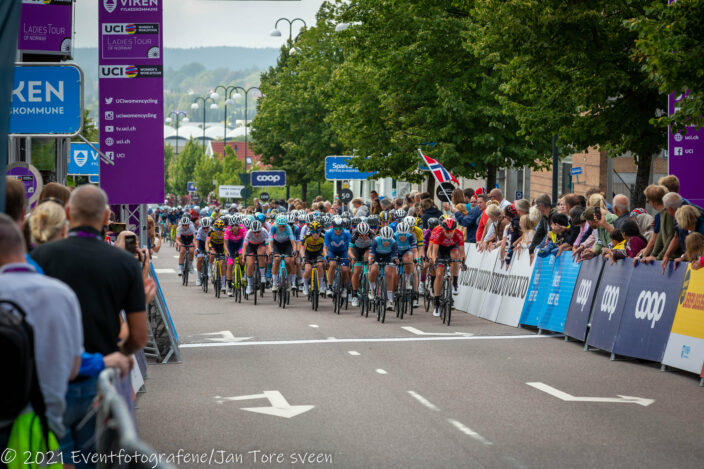