Results of the Prologue

Results of the Prologue 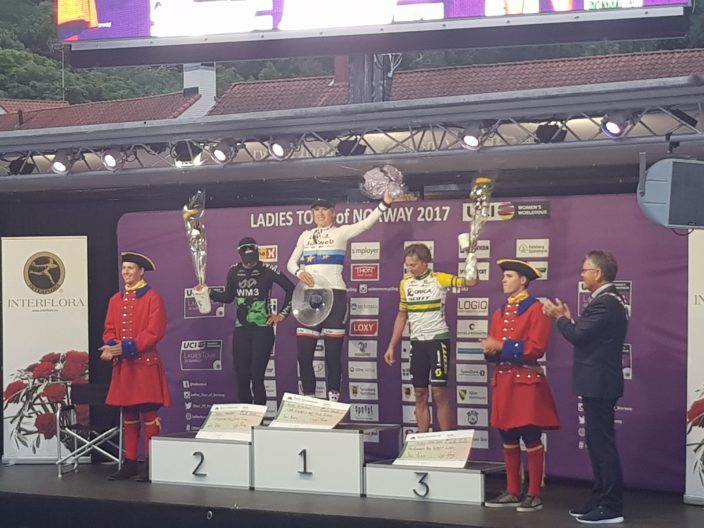 The two Dutch superstars were in a class of their own for a long time, but at the end Australian champion Katrin Garfoot (Orica-Scott) came close and was just 1 second behind at the end. She beated young German Lisa Klein (Cervelo-Bigla) with the 0,02 seconds and took the last place on the podium.

The Ladies Tour of Norway is a new race on the Womens World Tour and will continue with three stages on the roads of the region Østfold from Friday-Sunday. Fridays stage between Halden and Mysen will probably see some aggressiv racing from a lot the teams.

Danish rider Louise Norman Hansen crashed during the stage and was taken to hospital. This caused a short break in the race and three riders had to race a second time.

The 3,5 km didn’t give a lot of big gaps and the race is still wide open in front of the three road stages. Sunday’s stage will also take the riders into Sweden.

Here you will find the result from the prologue.