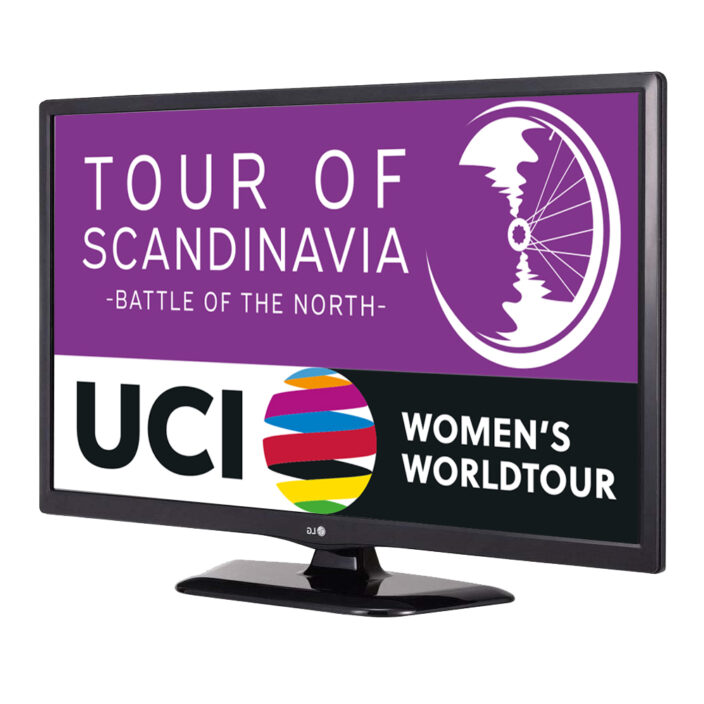 If you can’t join our party and come out on the roads, there are plenty of possibilities to follow Tour of Scandinavia on TV – either on a ”normal” TV or digitally.
Several channels are transmitting live, and the main broadcaster internationally is Discovery with Eurosport 1 as their main channel.

Eurosport 1 is sending live all days but the last stage on Sunday the 14th when they are airing the program delayed. But if you wanna join the action live every day you can also go to their digital channel GCN (Global Cycling Network) or Discovery +.

The Scandinavian countries will also be able to see the race on other channels in their own country.
In Norway TV2 is sending live from all the stages and you will find the race on their main channel as well as their digital platform TV2 Play.
6 Eren will send the race live in Denmark while Kanal 9 is the channel in Sweden.

The distribution reaches out to a potential 250 million people. Eurosport 1 alone has a potential reach of 158 million households in 53 countries and they are voiced in 20 different languages.