On well-known roads in the inner of Østfold

On well-known roads in the inner of Østfold

Indre Østfold – the inner part of the region Østfold – has become the destination for Friday’s stage of the Ladies Tour of Norway the two last years. This is the case also this year. It’s just over 10 km between Mysen and Askim, but the riders will cover 133,6 km which takes them around most of the inner parts of Østfold – for many of the riders well known roads from earlier editions of LToN.

Mysen has been a finishing city in the two last years of the race. This time the riders will start in the smallest of Østfold’s cities. For the first time the finish will be in the neighbour city Askim, maybe with the longest final straight in the race’s history. 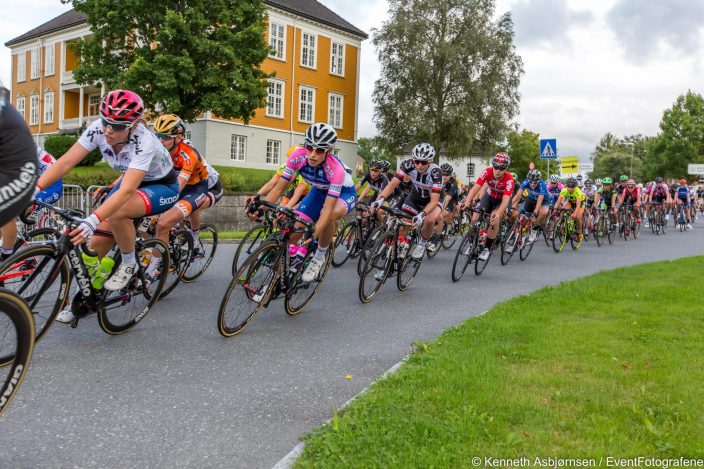 This stage has earlier broken up the field. This can happen also this year, specially because the final circuit in Askim is quite hard and tricky. The 8,1 km long loop will be covered three times. There are also some undulating roads around Linnekleppen and between Øymark and Ørje. The last part here was used also two years ago when the start was in Halden. 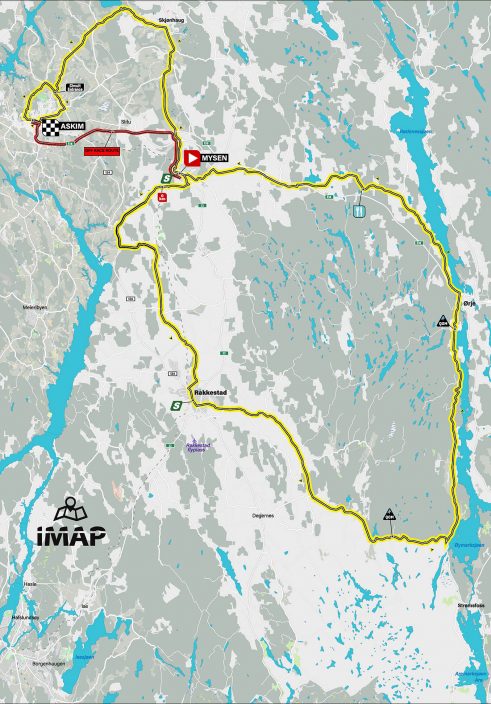 There are two flat sprints and two KoM-sprints also on the second stage. The first flat sprint is coming already after 18,8 km in Rakkestad, the starting city last year. This is followed by two KoM-sprints. The first at Linnekleppen with a climb of 1 km with 3,5 % average. The last hill before Ørje is the second KoM (1,2 km with 3,8 %). This was also used in the KoM-competition two years ago. This hill gets steeper at the end.
The second flat sprint comes in the center of Mysen when the riders are passing the start area again. They will climb Vandugbakken out of Mysen before heading north to Trøgstad and then taking left towards Askim and the final circuit, a way they also have used in previous editions. The stage is 133,6 km long.

It’s a stage where it’s hard to predict if a break can go all the way or if the sprinters are able to hang on to the finish. The finish is on the same street as for the Norwegian championships in criterium races this year, but it’s much longer this time. With more than 500 meter straight forward to the line, it would be possible with a real lead-out for the teams with more riders left in the leading group.

It will be a Friday afternoon with good atmosphere both in Askim, Mysen and the rest of the inner parts of Østfold. The area will be in the spotlight for sport for a long time. The week before LToN they will host the World Championships in orienteering in the same area as well.