A lot of news at the Ladies Tour of Norway 2019

A lot of news at the Ladies Tour of Norway 2019

There are several news in the Ladies Tour of Norway – the country’s only World Tour-race in cycling – when it will be organized for the sixth time 22. – 25. August 2019. 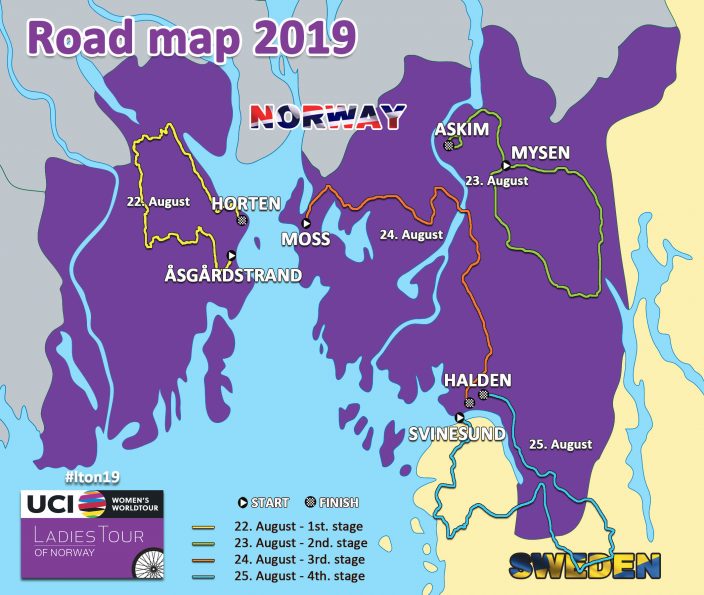 Ladies Tour of Norway is the only cycling race in Norway gathering more or less the whole world’s elite. The race was founded in Halden, and has earlier been arranged in the region of Østfold with some small trips into Sweden.
– But this year we will include Vestfold, and the first stage will be between the cities of Åsgårdstrand and Horten with a lap in the inner parts of the region. It’s a natural step for us, and Horten was a very good host city for the men\s Tour of Norway in 2018, says race director Roy Moberg.

LToN will keep one stage in the inner part of its origin region of Østfold. This time a cooperation between the cities of Mysen and Askim, two cities who will merge in to one municipality in 2020.
– We will start in Mysen and come back through the city on the way to the finish in Askim. This is the first time Askim has a finish in the race. It’s important for us to include as many places as possible in our region of Østfold, and therefore it was natural to use Askim for the first time this year, says Roy Moberg.

Moberg is from Halden and he can be happy with two stage finishes in his home city. Both Saturday and Sunday the race will conclude here, but there will be two different finishes. Saturday’s stage will tackle the climb of Knardal up to the fortress at Fredriksten twice. This is the hardest finish in the six years history of the race.
– We’ve missed a real tough finish, as our finishes have been a little bit too simular from day to day. Therefore there will now also be a possibility for the climbers to put their mark on the race and maybe win it. So far the classic specialists and the sprinters have had the best chances.

Saturday’s stage is starting in Moss, another city taking part in the race for the first time. But Moss has had a couple of starts in the mens Tour of Norway earlier.

Sunday’s final stage is more or less the same as in 2018. That means a start on the old Svinesund bridge atthe border between Norway and Sweden, and the first part on Swedish roads with several bordercrossings between the two countries in the area of Enningdalen and Vassbotn. The 7 km gravel road before the last bordercrossing at Kornsjø will return, and the finish will be by the harbour in Halden like the last years.

All the best ladies teams in the world are expected to the Ladies Tour of Norway 2019, a World Tour-race at the highest level of cycling.

The Norwegian ladies are on the way towards the absolute top. It will be exciting to follow the young Susanne Andersen, 7th at the World Championships in Bergen 2017 who is now doing her first season in Team Sunweb.
Katrine Aalerud and the home hope Emilie Moberg are both racing for the Danish outfit Team Virtu. The only professional team from Norway, Team Hitec Products and the Norwegian national team will also be at the start.

LToN will have four road race-stages in 2019 and there will be no time trial or team time trial as there have been the last years. 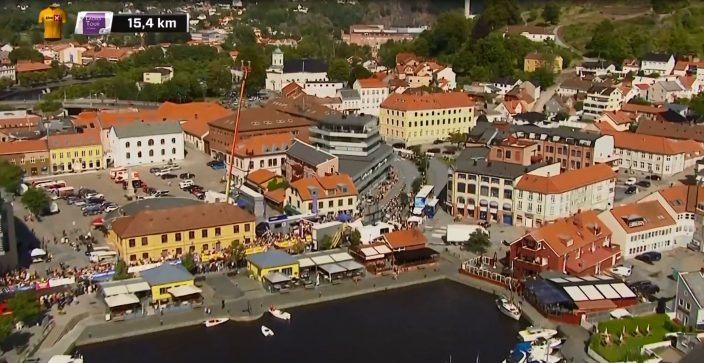 See also the menu point “Stages” for detailed description of each stage.